As well as my ipad, turns out I am sort of kind of missing Perth… It genuinely has captured me in a different way than other cities have… I think it has become my favourite Australian city… It is pulling me back… But perhaps Sydney just needs some time… ;-).

Since New Year I have been staying with a friend I know from school, Iain, and his wife, Em. Both Scottish, this is most definitely the longest I have spent hearing the Scottish accent in a year! Most nice. I hope it’s rubbing off ;-). Was getting a bit Australianised for a while there! I have been attacking the jobhunt, optimistically deciding to try Sydney before I expand my search into the rest of New South Wales. CV’s ready, choosing my nearest suburb first, I walked around and genuinely found no bars… I believe I walked the wrong way in the suburb… Of which Sydney has many! This led to the formulation of a new plan – phoning bars first to see if it was worth dropping a CV in guided by the help of a suburb map. My friend was in the room when I made the first phonecall. I got a ‘not hiring at the moment’ response. I said ‘no worries’. I saw him smile. How many phonecalls before I get lucky do you reckon I asked? I said I thought it would be 37; he said 42. I picked the phone up and dialed. The second bar I chose was just about to put an ad on gumtree and asked for my CV. I think we were both surprised when I put the phone down ;-). Exploring different avenues and starting well I am hoping something will crop up soon.

Not exploring too much more of the city centre since New Year, I have been getting to know certain suburbs and parts of the train line well ;-). Which incidentally are double tiered trains with seats that you can flip in the direction of travel! Wow. Clever. Managing the outer reaches of the city better, venturing a bit further afield, I was taken to the Blue Mountains. I can report they are indeed blue, as informed by my friend, so coloured due to the eucalyptus trees. You learn something new everyday ;). The view from the Botanical Gardens cafe pretty impressive, the Blue Mountains very much reminded of the Grampians in Victoria and of Tasmania borne friends, Markus and Ben :). 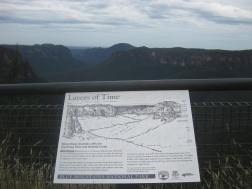 We have also spent a day beach hopping. I have seen the sand and the waves on Palm Beach, where they film Home and Away. As we walked the water’s edge, I mentioned that I could not remember the theme tune. Em genuinely started to sing it! So I have walked the beach where they film this whilst listening to the theme tune! Madness. Then taken my feet to mark the occasion of course :). On the water’s other edge, we found Station Beach, with lots of water, many boats and a woman steering her children on a paddle board! Loved this shot. We then found a very busy Whale Beach and ventured onto Bilgola Beach. Feet captured again, with its steep surrounds and houses on the hill it is one of my favourite foot pictures! 🙂 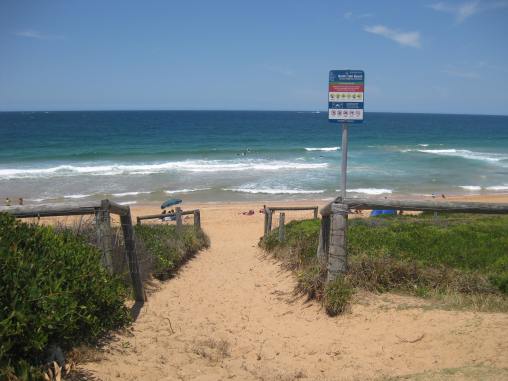 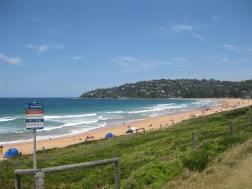 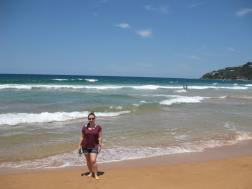 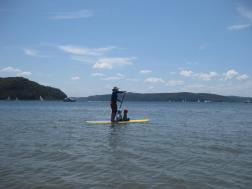 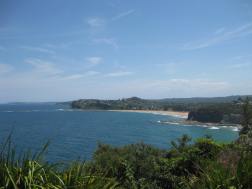 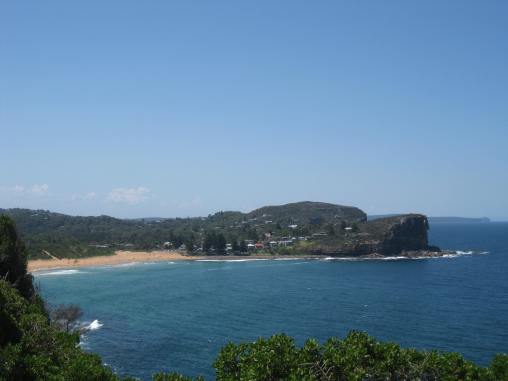 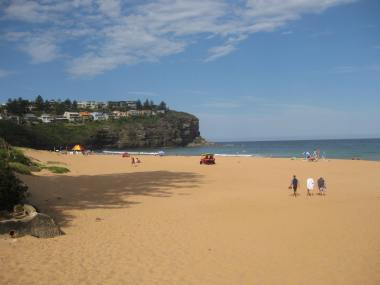 I have also been doing well on the movie front. We ventured en masse and paid a ridiculous $19.50 each to see ‘The Railway Man‘. Gruesome but good, I liked the opening scenes and knowing of the places they spoke about. Before the movie, I saw a trailer for ‘Tracks‘. This actually looks awesome. I can’t wait to see it. American Hustle was my cheap cinema day choice. There were some moments of brilliance in this movie but it was not quite as good as I thought it would be… I was however totally impressed that Amy Adams’ boobs became a character in their own right! Impressive work! Obviously with not enough of a Bradley Cooper fix, I also caught ‘The Words‘ on dvd which I actually really liked with a somewhat interesting plot to work through. Last night’s viewing was ‘The White Massai’. This movie has actually totally inspired me. With impressive scenery and shared cultures, it very much reinforced a desire to see the rest of the world. There is no way I’m going to be going home for good after my Australia adventure ends. I’ve been thinking about this for a wee while but I’ve now decided that I would quite like to TEFL :). Over and out. Til next time 🙂

Yesterday locally in honour of international #yarn bombing day and worldwide knit in public day a number of #knitted and #crocheted #birds appear in Lower Hutt as part of @wonky_stitches_nz.
Colourfulness in Lower Hutt today #colour #colourful #lowerhutt #lovethehutt #huttvalley #huttvalleynz
#Colourful #tuatara in #Tauranga
#Taupō walls by @jonny4higher depicting #Rūaumoko the #Māori god of #earthquakes, #volcanoes and seasons. He is thought responsible for these and tales say it is his turning that causes the earth to move. A Quake centre article tells me rū means shake, one translation of au is smoke and moko can mean lizard, letting you think of any appropriate metaphors! Super interesting to learn of the Māori mythology in #taupomuseum too!
Walls in #HastingsNZ by @mrcinzah known as Te Haaro o Te Kaahu ki Tuawhakarere, inspired by a local #Māoriproverb meaning ‘view the future with the insight of a hawk.’ #hawk #hawksofinstagram
#Coloursplash #walls in #Tauranga
Loading Comments...
Comment
×
%d bloggers like this: