After venturing to the hostel’s pizza and pub night where I enjoyed the company of a Scot and three Englishmen, I returned early to the hostel to ensure I got a good sleep for a tour I had booked. It was apparent that we had a new roommate – a man in his 70s perhaps, wearing nothing more than a pair of pants. To be noted, that is the British definition of pants, not the Australian one! Struggling with why somebody of that age would choose an 8 bed mixed dorm, I had one of the worst night’s sleep since I arrived in Adelaide. Ignoring the traveller norm of mobile light as a torch, 3 times I was given the privilege of seeing him haul himself down from the top bunk, lights in the room blazing, showing every nook and cranny. Awoken every time, this was more than a little frustrating. I may as well have just stayed out late!

Getting up after what felt like an hour after I fell asleep, I got ready for my tour of the Lower Murray river. Having to pop to a cafe for breakfast in Hahndorf, I felt a bit more awake. The town, of German origin, was quaint with interesting shops, sold German produce, had an impressive looking giraffe and an amazing smelling candle shop!

A dip through Strathalbyn, apparently of Scottish origin, similar to Hahndorf, we came across the Murray Mouth. Not as impressive as expected it was still an enjoyable walk to the boundary between fresh and salt water. Struggling to keep my eyes open on occasion, I think I should ask my roommate for compensation! Through Port Elliot, unfortunately not stopping, we had lunch in Victor Harbour. Beautiful with the sea, and with a horse drawn tram giving the place character, I walked across to granite island. A reminder of why I am in Australia, sun blazing overhead, sea crashing around, it was the best part of the day.

A trip to McLaren Vale winery on the return journey, we were able to taste some locally made wines. An Oomo Shiraz and a kiss and tell moscato later, we were on our way. With an evening spent taking in the atmosphere at the Fringe Parade, it was a pretty good day :). 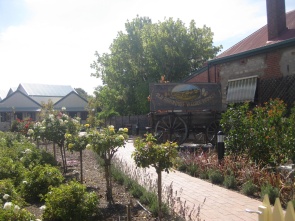 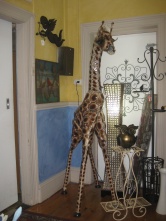 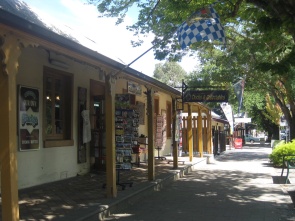 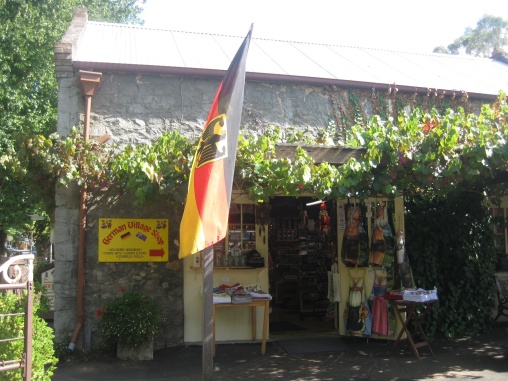 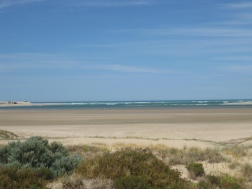 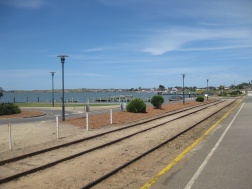 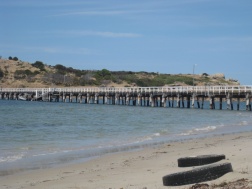 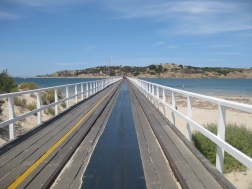 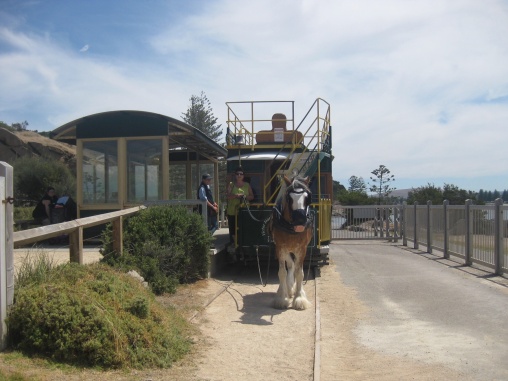 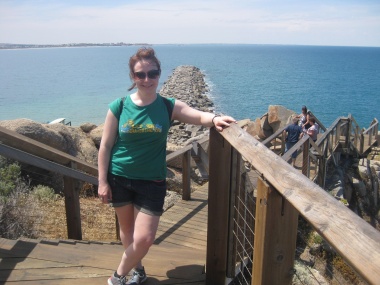 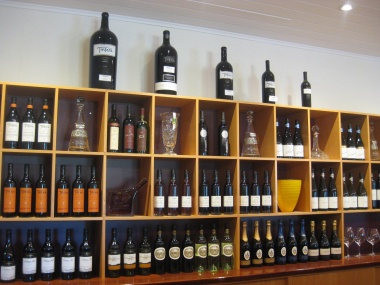