After learning that there genuinely is a bird in Northern Territory that utters 'what what' as its cry, a visit to the impressive Wangi waterfalls in Litchfield National Park and some amazing homemade ice cream tastings that reminded me of my Grandma’s ice cream, I had a day off to explore Darwin. 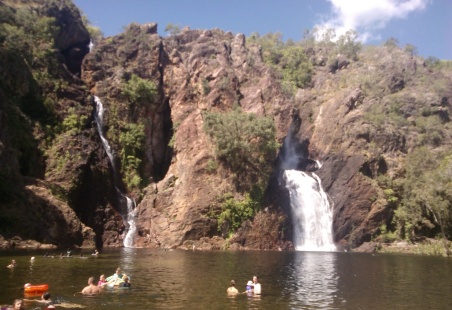 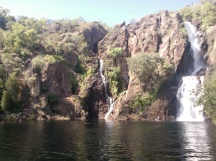 On hitting a new city I usually like to wander and just see where my feet will take me… On this occasion, and don't ask me why, I purposefully headed to the visitor information centre and found myself a map! Noting the quietness of the city and the presence of both cars and buses, I stood and read the plentiful tourist information available everywhere in the city. Unable to be missed were the many war memorabilia statues and plaques informing me that Darwin had been bombed on the 19th February 1942. Ten weeks after Pearl Harbour, twice the amount of bombs were dropped.

Perhaps representative of the amount of time I have spent exploring cities I found myself heading towards the sea at Darwin's waterfront. Reached by crossing a bridge and then by a Charlie and the Chocolate Factory style glass elevator, with apartments near to the water's edge, in this area of the city, there is somewhat of a prevalent holiday resort impression. 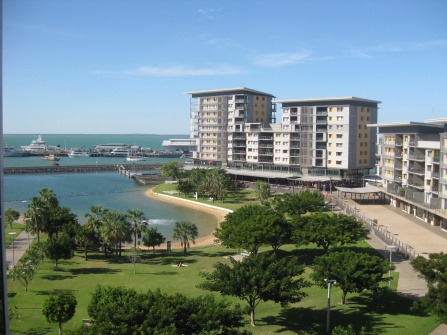 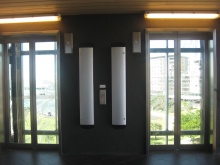 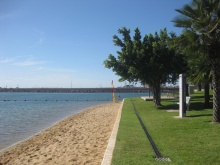 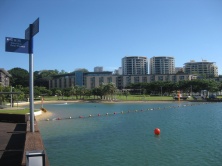 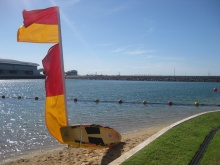 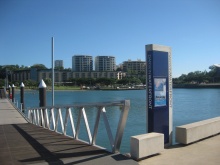 Walking all the way to the end of Stokes Hill Wharf, feeling the wind and relaxing to the sounds of the waves, I was reminded of how much I love finding the sea. 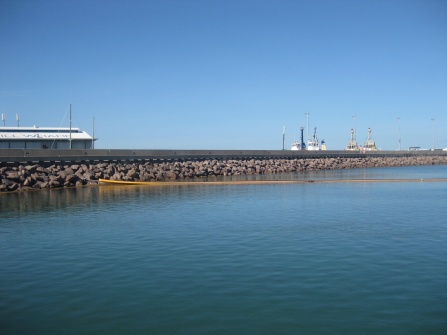 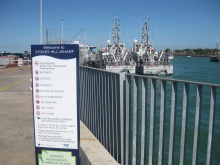 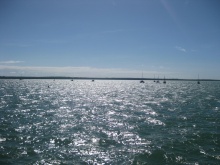 Finding out that Darwin's harbour is twice the size of Sydney’s, I then curved back round the city to find the esplanade in Bicentennial Park. Walking past the Supreme Court and Government house, there were some beautifully coloured flowers on display. The park hugging the fringe of the city, I meandered through it, purposefully avoiding the city's streets until the esplanade took me naturally to Daly Street.

Emerging into the city centre, the roads not quite as wide as Adelaide but not quite as busy as Melbourne's it felt a little Americanised. Petrol prices one of the most expensive I've seen, they are still not quite as high as the UK's! After a slow trundle through Smith St Mall, a first pub experience in Shenanigan's for Go and an unsuccessful search for Tassie devil postcards, we came across a bus that informed us we could 'ride the duck!' Perhaps another time… 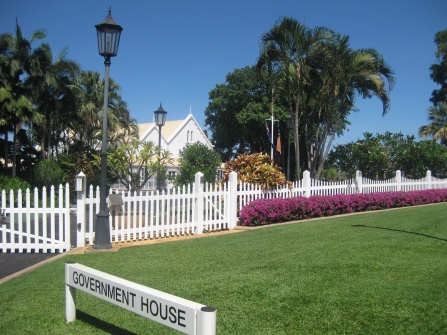 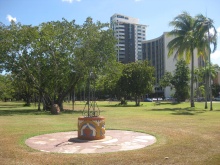 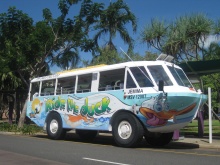 Finishing the night with more ice cream, unexpected rain in the dry season and some indecision on where to go next, I put it out to some friends for a straw poll :-D.

#Einstein on #walls
Blossoms by day. Blossoms at #AstonNorwood in September. Pretty petals. Springing our way into summer. #cherryblossoms @aston_norwood_gardens @astonnorwood
Blossoms by night 🌸
Spring 🌼🌻💛
Did you catch the rainbow? This appeared as I was walking round Fraser Park in Lower Hutt just after I thought this is perfect rainbow weather 💙🌈. Beautiful, brightly coloured hi 💙. #rainbow #rainbows #rainbowsofinstagram
The sounds of the sea 💙🌊
Loading Comments...
%d bloggers like this: