Troubled, I woke up to a particularly unhappy mood. Persisting until late afternoon, the girls, knowing me well after only week, they could tell I had lost my happy ‘jelly beans’. With an ‘are you ok’ there were some tears and a particularly good offered German hug. Jane’s cure for such situations: a tuna sandwich, a loud listen of a holiday playlist, a picture of an open fridge door sent with a smile, the rows of a zucchini field walked alone with the flutter of a disturbed crimson wing. Send a cocophany of text messages to friends with words of wisdom and sympathetic ears received in return. Smile at ‘without the rain there is no rainbow’ and ‘you will find your path’ replies :-). This is very true. Cement resulting good mood with full moon gazing by telescope and dumpling making and eating with said amazing girls :-). 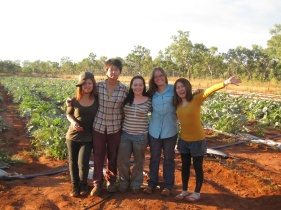 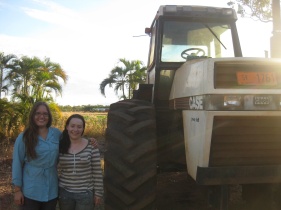 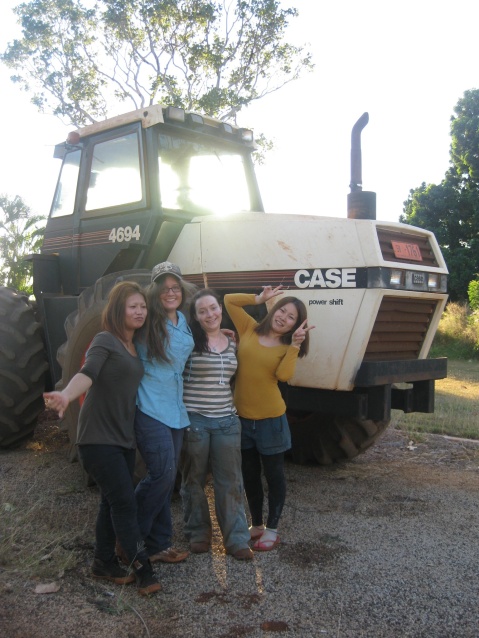 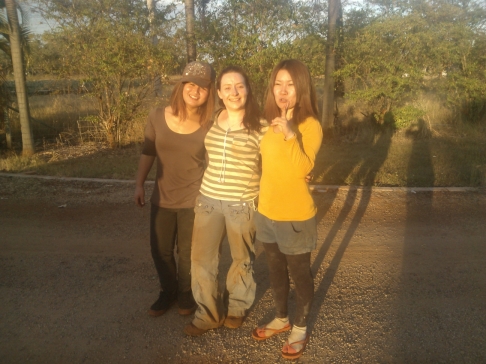 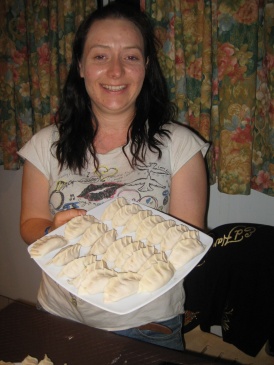 Spending a lot of time with the girls, my week has been filled with learning their languages and sharing my own. Practising my French, speaking German, adding to my Japanese dictionary, I now know some Cantonese! In exchange, amongst many, I have been asked to explain the difference between on, at and in and this, that, those and these! “You can be on the road?” Yes I answered, implying driving it or crossing it. “At the road?” Yes, implying about to cross. “Can you be in the road?” No I responded, unless you’re stuck in it!! Which I suppose technically could be theoretically possible with some wet tarmac ;-). Crazy times. The differentiation asked between may, could, should and must, my chosen example of pregnancy for ‘could’ was met with understanding and a ‘good example’ compliment. My we have a complicated language!

My shout out of the week, it goes to Katherine’s very own Tweedle Dee for the use of his portable WiFi hotspot :-). His real name unknown, I’m sure karma will reward :-). Managing to finally finish my book (it has only taken me 108 days to finish 289 pages…!) I am back to actual printed pages on loan from new German friends. The zucchinni scales telling me it is +6kg since I left, called happy weight for now, my running shoes took Northern Territory by storm on Thursday in an effort to try and swing this the other way! Forty five minutes of effort (not quite all jogging!) later my legs hurt but I felt great. I love that feeling :-). With a resulting clear head, I will need to schedule another one 🙂