Free pancakes start the next day. We go driving. We take George up Mt Melville and revisit the Brig Amity in daylight. We explore the buildings nearby and learn more of Albany’s history. Until 1897 and the opening of Fremantle as a port, Albany was Western Australia’s only deep water port. It nearly became modern day Western Australia’s major port. It lost out due to the routing of mail from Albany to Perth. We learn the water surrounding Albany is called King George Sound, so named by George Vancouver. It was good to learn of its history. We take George up Mt Adelaide and load him into a cannon and have some cannon fun ourselves. On a recommendation from the visitor centre we go to Two People’s Bay. We find Little Beach for lunch. Pristine and peaceful, we sit and enjoy the moment. Buying chips and dip for lunch, neither me or Sarah can get it open. I have to enlist the help of another man on the beach with the whitest teeth and skinniest of legs! A man walks past us smiling away to himself. We wonder why he looks so happy. He disappears behind a rock. We then see a flash of pink run into the water… Is he naked we ask each other?! I walk the water’s edge. I enjoy the peaceful moment near the water. The man then emerges from the water. I can confirm he was most definitely naked! He then appears to put on swimmers after swimming?! Madness. This situation is made funnier by Sarah telling me she has a habit of random men getting naked around her! 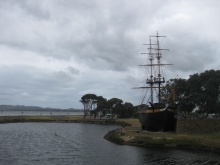 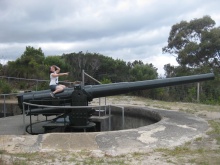 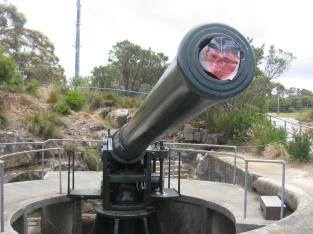 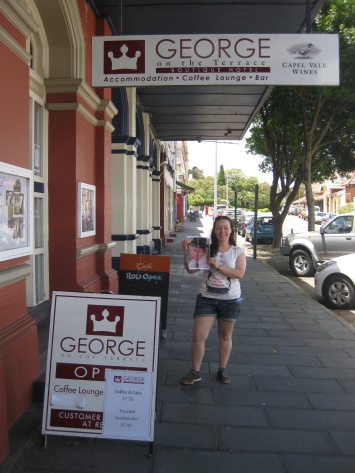 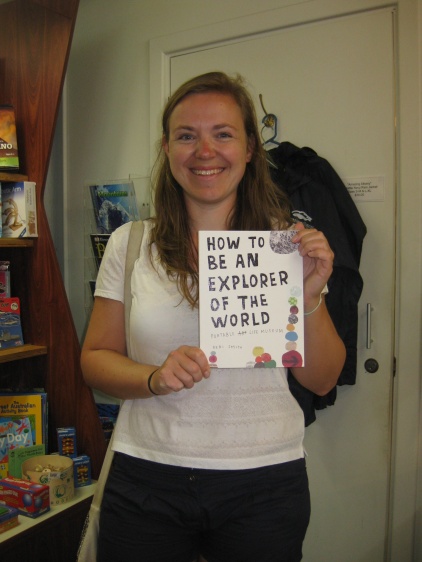 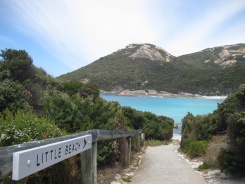 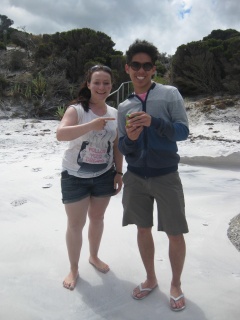 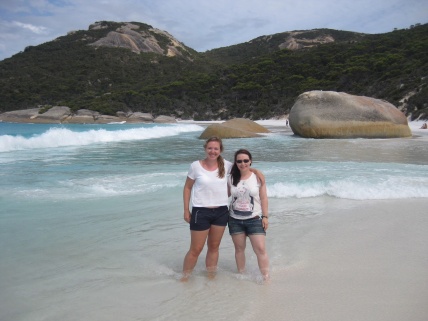 We take George back on the road to Esperance, with me behind the wheel. The road is the same for a long part of the way but George finds a boxing kangaroo (I am still regretting that I did not stop to take a picture of this), a kangaroo sign and passes through the Fitzgerald biosphere. We pass a cyclist! Carrying a heavy load, this is not a journey I would wish to undertake on a pedal bike! George becomes a soldier in Jerramungup. A given in the outback, we have the radio for company. The words ‘premature ejaculation’ and ‘dissolves on your tongue’ provide for a lengthy giggling fit and no end of banter. We apparently venture into a radio black hole. The only station we can find is 88fm. BibleFM! George finds Jesus! We wonder how many people find Jesus on this drive! Nothing wrong with having a bible channel but when it’s the only one you can pick up… This situation lets us realise we have an mp3 socket in the car! :-). I drive most of the 480km from Albany to Esperance. I’ve travelled through the outback before but I’ve never driven it. The landscape totally blows me away. The way it changes; the way it goes on the same for so long; the vastness; the open road :-); the trees – being above them then beside them. You really do feel like you’re the only people in it :-). Sometimes you are! There is something very liberating about the open road. It is an awesome feeling :-). Definitely preferable driving than being driven :-).

We show George his first sunset. The blue skies that have followed us since Albany are replaced with stars. I love being under the stars. We reach Esperance. We rock up to our hostel a little bit tired and hungry. We are met with a pretty rude woman who seems to not know where to put us. She tells us we’re in a 24 bed dorm. I was 99% sure we had booked either a 4 or a 6. She ends up putting us in a 3 bed dorm which we have to ourselves. We are made to read the house rules and learn there is a 3 hour window for drinking. We are informed it is $10 to hire a bag of plates and cutlery and on safe return we will receive $5 back, termed refund bond on the sheet. We agree this is buying rather than hiring and on principle decide not to give this hostel our money. We have plastic cutlery and can always eat out of pots and pans. I’ve had to hire them before but in a year of travelling never paid money for them. We find this situation ridiculous and try out the local pub. We take unimpressed faces with free knives and forks. We discuss what the actual George would have done in that situation. I am pretty sure we both have the same image in our heads! We both know he wouldn’t have been happy :-). We both laugh a lot. The night ends with us hearing a boy playing jingle bells on the guitar :-). It is without a doubt one of my favourite days in Australia :-). 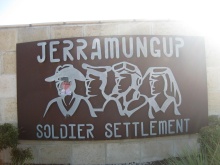 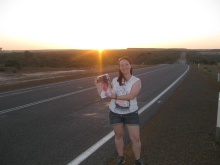 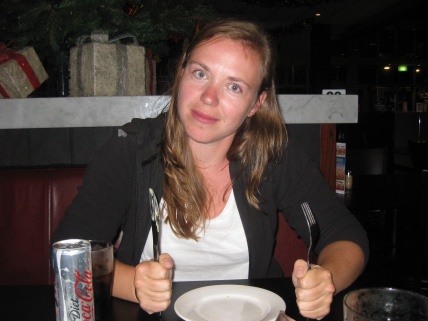 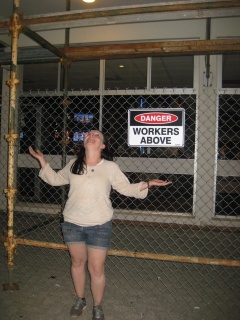 5 thoughts on “George Does Albany to Esperance”