After a week of half hearted job hunting (I feel next week will be more productive!) me and some roommates redeemed the free drinks vouchers given to us upon arrival at the hostel on thursday night. An eclectic bunch with a South Korean, a Swede, a Finn, an Italian, an English boy and me, there was some interesting chat involved. Drinks in hand, I was asked by the Finn whether we wore kilts everyday… Having answered this question more than once already on my trip I explained that we do in fact wear normal clothes! I sold the Scottish wedding tradition of ceilidh's and explained tartans and clans. Films, with a lot to answer for with Scottish stereotypes, no word of a lie, I was asked whether we still have the tradition of using competitions portrayed in 'Brave' to find potential boyfriends…. Despite the fact this was clearly for a royal family and how that would practicably work in today's society, I played along for a couple of minutes! Reassuring them that we date the same way as anybody else, the Italian then asked if all of scotland was considered the highlands – cue an explanation of the central belt whilst singing Loch Lomond in my head!!! Venturing into the city, I stumbled upon a man from Glasgow who had been at the kiss concert. A Scot finding a Scot, easy chat was had.

Sleeping in late the morning after, I missed the free breakfast for the fifth time this week. Note to self – must buy some breakfast food! Heading to Victoria Market after lunch, buying some fruit and veg, trying to maintain a healthyish lifestyle, I also bought some trevalley (though epically I managed to buy $10 worth instead of one fillet…! Guess what i’m eating for dinner next week…!) Another day in the 30s, I returned to the hostel to refrigerate my purchases before heading to Lygon St for the dreaded CV walk… Only finding a couple of bars, soul destroyed, I admitted defeat at 5pm. 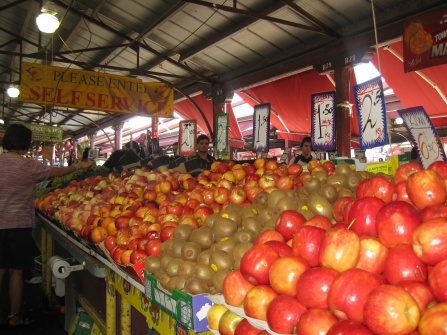 The Moomba festival having started in the city, we ventured to the river to see what what was on offer. Amusement park rides abounding, the city lit up by night, the buzz of the city was great. Walking home, seeing people sitting relaxing and chatting, we commented that the same would not happen in the UK. Similar numbers perhaps, but most definitely a lot drunker!!! Too hot on return to the hostel, we sat outside and chatted. Questions of scottish independence and Team GB arose, and us all learning about poms instead of pommes, a previous conversation on Straddie finally made sense!! 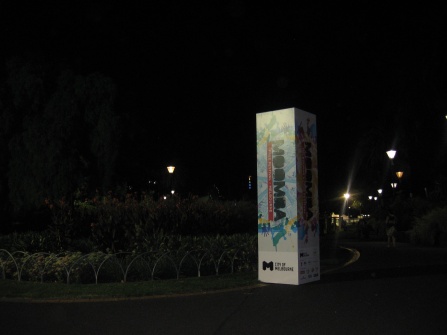 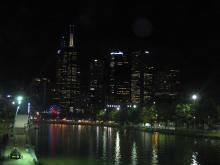 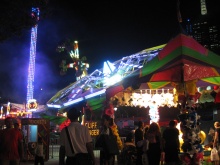 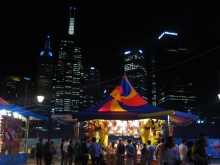