Worrying signs for my Scottish identity:

>Asked in subway what cheese I wanted, I responded 'tasty'. As my sister would argue, cheese IS tasty rather than being branded that way!

>The frequency I say 'no worries' has become ridiculous

>Asked if I wanted to pay for my last hostel in pounds caused somewhat of a confusion as I could not work out what it cost in dollars! 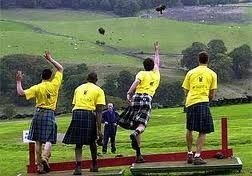 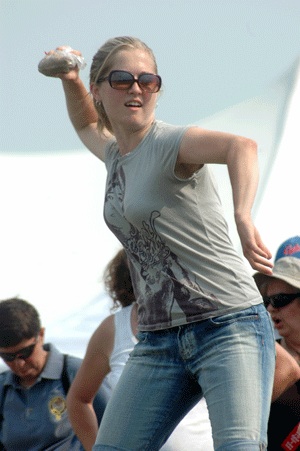 On Thursday after returning to my room after a breakfast of scrambled eggs, I met a new roommate called Pam. Detecting an accent, I knew she was Scottish! The first in a dorm I've stayed in, Pam straight off a plane from Glasgow, her broad scots drawing my accent out, it was like the backpacker gods had heard my prayers!

Invited out for dinner that night, I headed east to Melbourne's suburbs. Treated to homemade curry, with my night involving a 14 minute Rappers Delight video (I still have that song in my head!), being taught the card game crib, I was asked if I had ever 'hurled a haggis'. Responding that surely people in Scotland would rather eat a haggis rather than throw it, especially something as good as a haggis, on returning back to my hostel and reading up on it, it is apparently a legitimate sport so named after folklore! The story so being that a Scottish wife had prepared haggis for her husband’s lunch (of course as that's all we hardy scottish eat 😉 ) and with her husband out working in the fields she decided to hurl the haggis to him rather than try to make her way around the 'bogs' that apparently cover most of Scotland. I have no idea how people have a stereotypical view of Scots…! 😉

To quote Wikipedia, “'Haggis hurling' is a Scottish sport involving the hurling of a haggis as far as possible for distance and accuracy from atop a platform (usually a whisky barrel).” Not one to take Wikipedia as the source of knowledge on important matters like scottish stereotypes, I felt a data quality assessment was advisable. A number of different websites informed me that in 1977, Robin Dunseath placed an advert in a Scottish newspaper announcing the revival of the 'ancient' scottish sport of haggis hurling for the gathering of the clans that year (Don't get me started on that one…!). Competitions were established as well as the World Haggis Hurling Association, of which Dunseath was president. He even wrote a book called the Complete Haggis Hurler, outlining the history and rules of the sport. However, and an important however at that, in 2004 he revealed it was all a hoax, set up to test gullibility. Somewhat ironically by that stage it was too late – people around the world loved it and the sport had been born!

The rules of haggis hurling for those of you who are interested are that it must be of traditional construction and recipe and boiled for three hours; must weigh 500 grams, with a maximum diameter of 18 cm and length of 22 cm (the 'heavyweight' event allows up to 1kg in weight); firming agents are not allowed to be used and the haggis must be packed tight and secure, with no extra “skin” or “flab” and the haggis must be edible after landing. The record is 217 feet and wikipedia tells me that the current champion is a man from Bo'ness, Edinburgh (do you think I should telll them Bo'ness isn't actually in Edinburgh?!). Loving knowing this information, I will see if I can find somewhere in Australia I can hurl a haggis…!