Our introduction to Melaka (also known as Malacca) is an early one. Our night bus from Penang arrives about 6am. After a McDonald’s breakfast, surrounded by many travellers heading by bus to Singapore, we jump on a local bus in the direction of our hotel. Chosen by Ben as it was in the ‘centre of everything’ it was apparent that we were walking ‘through everything’ to get to it 😀 . Poetic licence on the hotel’s part I feel! Early am, with cooler weather and Ben taking the brunt of the baggage weight we walked to our hotel. No way we would have managed this at any other time of day! Taking some respite at a street food cafe, we had some kind of sweet delight that was truly not delightful! Decidedly rotten egg like! Definitely not one of the nicer things we tried!

Melaka a UNESCO World Heritage Site, there are many museums with many stories. The town founded by a Sumatran Prince in 1400, and so named in honour of the local Melaka tree, in the 1500s it was a trading empire in the East. Falling first to Portugese rule in 1511, then Dutch rule in 1641 it was then the turn of the Brits from 1795. Their different impact visible in the town, in architecture and name choices, I also read of the effect of war, of the impact of many deaths and people leaving, to the struggle and opposition of rule. The British ‘choosing’ how to govern Malaysian states in 1946 with the advent of the Malayan Union, it took until 1957 for the Federation of Malaya to be declared an independent and sovereign country. These stories made me angry and ashamed. Especially so within Brexit rhetoric. You can’t colonise and then not let those descendants emigrate to your country.

Views on this aside, taking the day to explore Melaka, you can’t miss the redness that emanates from the town. 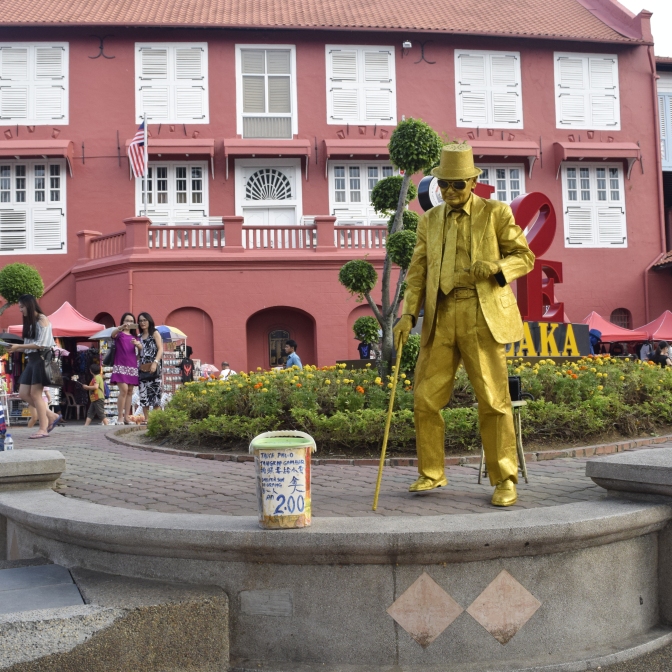 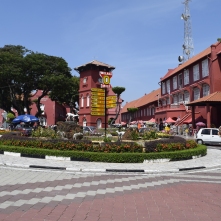 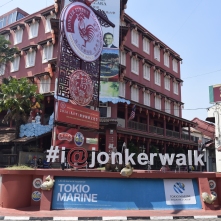 Wandering our way through Jonker Walk, finding Mr Melaka, we followed the Malacca Dutch Heritage Trail, taking us past most of the city’s main sites. Dipping in and out of the museums, keeping out the heat, we climbed St Paul’s Hill taking in the view. Lots of nice shops (check out Jalang Tokong and Hueman Studio), many colourful temples, it was hard not to miss the tourist rickshaws adorned with Disney characters blasting out loud music. Fair play to them though – tourists seemed to love them and take a ride! Changing pace with a boat ride on Melaka’s river, colourful street art, interesting buildings, a Ferris wheel and a monorail are more than enough to hold your interest. Wait til sunset and it will add a whole new dimension too.

The Baba-Nyonya Heritage Museum was a definite highlight, providing insight into the town’s history and culture. Telling the story of intermarriage between Migrants and local Malay women, our tour guide took a long time explaining the stories of everything inside the house. I especially loved hearing the stories of Malay lanterns. Only open for tours at specific hours of the day, check in advance before you plan your day 🙂 . 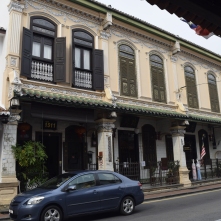 Doing some awesome eating, having lunch and cocktails in Geographér, trying out the Dutch Harbour Café by the river on our first night (very tasty but take insect repellent), our second day in Melaka was my birthday which gave us the perfect excuse to eat our way round Melaka! Trying out the well recommended and popular Nancy’s Kitchen, chilling out with cake in the Daily Fix Cafe, trying local ‘Melaka cake’ we had to try the top recommended eatery in the guidebook of Pak Putra. You have to go! Having the tastiest ever butter chicken, Ben trying out mutton rogan josh, he gives Pak Putra the accolade of tastiest keema naan bread ever! So much so he had two 😉 .Ending the night in Root pâtisserie and café, I had the most amazing iced tea and a cupcake with a birthday candle 🙂 . Also trying out the food market near our hotel, if you are staying down that way check it out. Much variety, I had a yummy bowl of ramen. 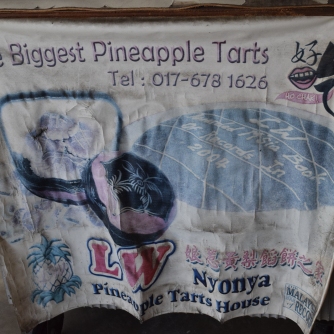 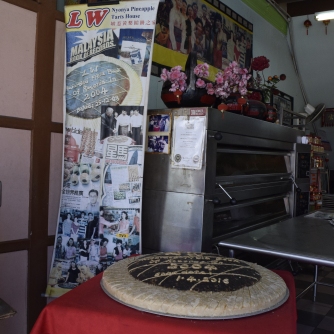 Soho Town Hotel, Jln Kota Laksamana
A bit far out, it’s in a quieter part of town but you need to cross a fairly busy road. Good wifi though 🙂 .

Our time in Malaysia at an end, it was a great few weeks taking in a new culture, place and exploring it’s colours and food 🙂 .