Into week 4 of jobhunting, still surprisingly feeling confident and positive, I interspersed my job seeking with some sightseeing and chill time so I would not go entirely crazy… Surrounded by Europeans of mainly the French and German variety, a Bryan Greenberg lookalike and a porridge sharing Irish girl, being the only Scot in residence in my hostel, I fielded some interesting questions! An interested Dutch roommate prompted a teaching of Rabbie Burns' 'To a mouse' and I explained about deep fried mars bars, banoffee pie (which albeit not of Scottish origin, had not been heard of!) and irn bru!

Venturing out on sunday, leaving the hostel with clouds and rain overhead, by the time I reached federation square, the sun was out and shining! A walk along St Kilda Road took me and Christy to the botanical gardens where we wiled away a couple of hours. Finding some interesting plants and a separation tree, we encountered some interesting swans! Finishing the evening watching seven psychopaths with my corkman buddies, I really enjoyed it! The moment shared with a friend in the UK, learning a new word – 'segue', the seventh seal is now also on my watch list. 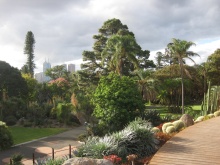 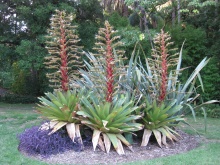 Continuing the movie theme, catching war witch at one of Melbourne's independent cinemas and then sampling lygon street's delights, the day after, on Tuesday, after photographing some of Fitzroy's street art, I headed to Melbourne's rooftop cinema to see Dr Strangelove. After a warm day and my second bikram class, sitting back in my deck chair, with the skyscrapers creeping in, not needing to put my cardi on til 10pm, I relaxed into the film. Some cracking lines, I fair enjoyed escaping back a couple of decades.

Has anyone seen the others?! 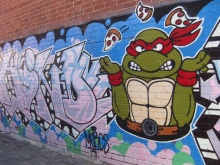 Browsing the cheaper things on offer in Melbourne, the Victoria Parliament offering free tours, that seemed a good choice for wednesday afternoon. Interesting to see Parliament House's legislative assembly and council chambers; the assembly chamber green, with a carpet to reflect the first meeting of parliament at Westminster, and the council chamber red with extremely comfy seats, we also saw the statue of Queen Victoria that she sent away from the UK as it bore no resemblance to her. Taller, thinner and younger than she was at the time, it was no wonder she did! The short tour made interesting by our entertaining guide Martin, my knowledge of Australian politics was increased. Finishing Wednesday with a happy hour pint, a phonecall to an English friend and some melted timtams, we shall see what the weekend holds…