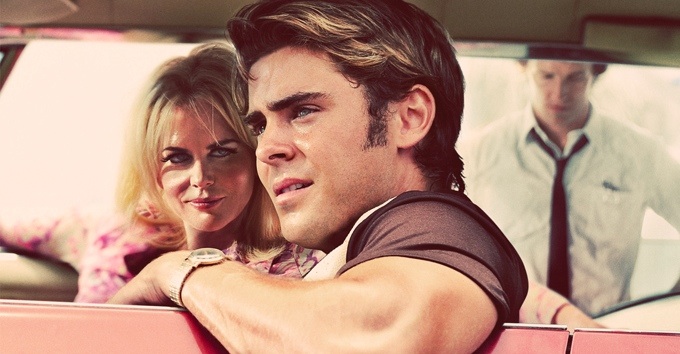 On my list for quite a while, with cheap cinema day around again, I felt it was time to see The Paperboy. Based on the novel by Pete Dexter, the opening scene certainly caught my attention. Set in 1969 and narrated by maid Anita, played by Macy Gray, she unravels the story of Hillary Van Wetter, a man jailed for the murder of the local sheriff. Looking to exonerate him from death row, Ward and Jake Jansen, played by Matthew McConaughey and Zac Efron, set out to investigate the events surrounding the murder.

Original, clever and witty, I really enjoyed this film. Meandering along, I felt it had just the right balance. With admittedly some strange scenes that won't be to everyone's taste, it added to the creepiness of some of the characters. An interesting role for John Cusack, it is quite far away from his leading man in a romcom usual. Genuinely in suspense for the latter part of this film, the build up had me hooked. With a great cast and performances from McConaughey, Efron and Nicole Kidman, David Oyelowo had some cracking lines. As one of my favourite films of the year so far, I am a little bit surprised with how much negative press it has had.

Art on walls.
Yesterday locally in honour of international #yarn bombing day and worldwide knit in public day a number of #knitted and #crocheted #birds appear in Lower Hutt as part of @wonky_stitches_nz.
Colourfulness in Lower Hutt today #colour #colourful #lowerhutt #lovethehutt #huttvalley #huttvalleynz
#Colourful #tuatara in #Tauranga
#Taupō walls by @jonny4higher depicting #Rūaumoko the #Māori god of #earthquakes, #volcanoes and seasons. He is thought responsible for these and tales say it is his turning that causes the earth to move. A Quake centre article tells me rū means shake, one translation of au is smoke and moko can mean lizard, letting you think of any appropriate metaphors! Super interesting to learn of the Māori mythology in #taupomuseum too!
Walls in #HastingsNZ by @mrcinzah known as Te Haaro o Te Kaahu ki Tuawhakarere, inspired by a local #Māoriproverb meaning ‘view the future with the insight of a hawk.’ #hawk #hawksofinstagram
%d bloggers like this: